by DIY Chris
in Arcade Builds

So a few months ago my wife suggested that I build an arcade machine from scratch… I like challenges and its something I’d done before so I said sure, we can do that. Out of dumb luck, I was browsing through the Facebook marketplace a few days later and found someone giving away a non function 2005 Golden Tee arcade. Physically the arcade looked like it was in great condition. I gutted it and started working on rebuilding it to become a MAME cabinet. Now wait a minute, the title of this post states, “My Mini Table Top / Bar Top Arcade”, what’s going on here. Well I just wanted to give you guys a primer of what motivated me to build this little guy.

I was doing some CAD work in Fusion for the bezel of the Golden Tee arcade and that’s when it came to me. Let’s make a little one, but super little. I wanted real sized buttons and joysticks but I also didn’t want the top part of a full sized arcade sitting on my table.Realizing that my main sacrifice would be limiting the arcade to be 1 player I decided to start the build.

I had some sheets of 6mm expanded PVC, some call it Sintra which is actually a brand of expanded PVC, I believe. My first obstacle to overcome was finding a decent sized screen to which I finally settled on a 10 inch security monitor that I found on Amazon, this also satisfied the 4:3 aspect ratio requirement that I needed to meet. Yes, that’s an affiliate link, no shame here 🙂

Next was figuring out how to keep everything together. I thought about gluing the pieces but I didn’t want the setup to be permanent which was good because there was a lot of modification to this thing before I was finally at a point where I could call it done. So in the end I decided to use 20/20 aluminum extrusions which worked out really well and provided an extremely rigid, not to mention light weight structure.

I designed a power distribution panel for supplying power to the screen, amp and Raspberry Pi. The screen and the Amp both required 12V DC while the Pi runs on 5V DC. The screen can draw about an amp of current while the amp can draw up to 2 amps of current. The raspberry pi 3 draws about 2 amps as well. So we are at about 5 amps of current. The trace widths on the board are more than capable of handling that but I still wanted to play things safe and stuck a fuse inline, didn’t want things to go up in smoke.

So here are some pictures of the final product. I’m not sure yet if I’m going to add vinyl or just leave it as it is. It looks kinda cool the way it is now. What do you guys think? 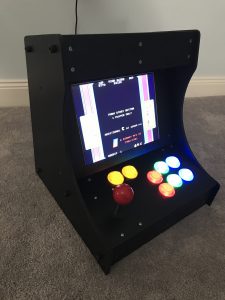 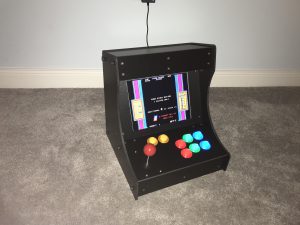 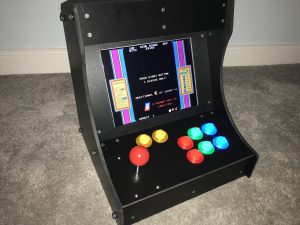 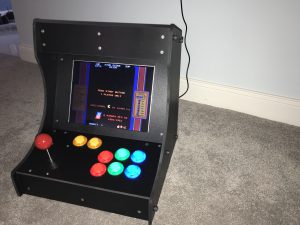 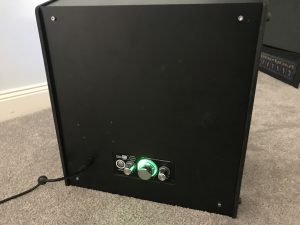 Previous Your IT administrator has set a policy that prevents changes to known folders. Please remove this policy and try again. Next Gameboy DMG Cartridge Connector Breakout

Categories
Best-Selling
© 2021 DIYCHRIS
BITFROST LLC 2021
We use cookies on our website to give you the most relevant experience by remembering your preferences and repeat visits. By clicking “Accept All”, you consent to the use of ALL the cookies. However, you may visit "Cookie Settings" to provide a controlled consent.
Cookie SettingsAccept All
Manage consent

This website uses cookies to improve your experience while you navigate through the website. Out of these, the cookies that are categorized as necessary are stored on your browser as they are essential for the working of basic functionalities of the website. We also use third-party cookies that help us analyze and understand how you use this website. These cookies will be stored in your browser only with your consent. You also have the option to opt-out of these cookies. But opting out of some of these cookies may affect your browsing experience.
Necessary Always Enabled
Necessary cookies are absolutely essential for the website to function properly. These cookies ensure basic functionalities and security features of the website, anonymously.
Functional
Functional cookies help to perform certain functionalities like sharing the content of the website on social media platforms, collect feedbacks, and other third-party features.
Performance
Performance cookies are used to understand and analyze the key performance indexes of the website which helps in delivering a better user experience for the visitors.
Analytics
Analytical cookies are used to understand how visitors interact with the website. These cookies help provide information on metrics the number of visitors, bounce rate, traffic source, etc.
Advertisement
Advertisement cookies are used to provide visitors with relevant ads and marketing campaigns. These cookies track visitors across websites and collect information to provide customized ads.
Others
Other uncategorized cookies are those that are being analyzed and have not been classified into a category as yet.
SAVE & ACCEPT
Loading Comments...